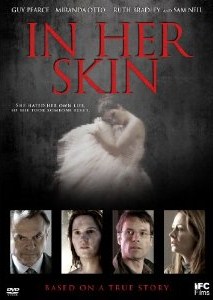 Their worry and fear dovetail into the segment which follows Caroline, the ugly duckling daughter of exasperated daddy, Sam Neill, who's more weary from a lifetime of her antics than he is distant or cruel. Ruth Bradley's Caroline is all envy, self-pity, and daddy issues; a darkly exaggerated version of Toni Collette's maladjusted Mariel before she remakes her life in Muriel's Wedding. This long middle act telegraphs the destination, but doesn't make the ride any smoother thanks to Caroline's overwrought screaming and self-loathing.

Finally there's Rachel's turn, and in this last, longest segment all the pieces fall into place as we watch the manipulations, violence, and repercussions of the heartbreaking acts that inspired the film in the first place. Here, you decide how you feel about Caroline's overripe, showy acting out. Bradly is very talented, perfect in the role, and doesn't seem to overplay it, but what is required here can't be underplayed.

Swollen emotions splash everywhere as the “actor's showcase” Caroline story intersects with the finely performed domestic tragedy of the Barber family. Simone North retains the heartbreak and keeps the story moving through sheer bravado and a storyteller's instincts. She's unafraid to season this effective, tragic drama with dramatic pyrotechnics and a visual flair reminiscent of her Australian colleages like Jane Campion and Peter Jackson.

In Her Skin is presented in widescreen format with English 5.1 Dolby Digital Audio. English SDH and Spanish subtitles are available. Extras include the films trailer, Interviews with Pearce, Otto, and Neill, Three behind-the-scenes segments, and a set of deleted scenes. Trailers for upcoming IFC releases are also included.

A visually accomplished, well-crafted study of a terrible crime and how it effects those it touches, In Her Skin is a moving surprise. Well acted, beautifully made, but a bit showy for a the telling of a true life murder. In the end, it's overblown and hotheaded, but also a moving showcase for a major new storytelling talent.

Highly Recommended
Overall Picture:
Movie: A-
Extras: B+
Posted by Jay at 8:35 PM