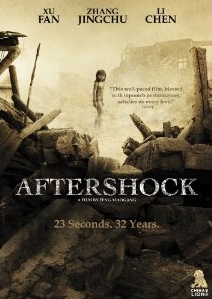 I had to share this trailer because it accomplished two things. One is that, as a spoof, it cracked me up, but more importantly, just seeing them made me feel like a kid again...


I think I have to make plans for this weekend...

Email ThisBlogThis!Share to TwitterShare to FacebookShare to Pinterest
Labels: The Girl With the Dragon Tattoo, The Muppets 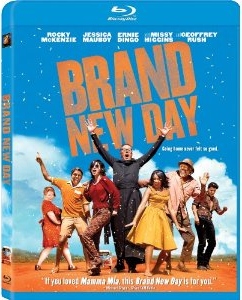 “Boy Meets Girl” is the oldest story in the world, and it's only the details that differentiate the telling. In this case, it starts in fragments. Willie loves Rosie, but he's in seminary while she's falling from the choir to the honky-tonk (...and there is no way good girls sang about condoms in 1969). Willie runs away to find his drunkard Uncle Tadpole, meet some Aussie hippies and return to his Rosie, with glowering Father Benedictus chasing him like a cartoon villain.
READ ON, READ MORE...
Posted by Jay at 10:00 AM No comments:

One A Week Reviews #45: The Naked Civil Servant

I wonder if they didn't include the real Quentin Crisp introducing The Naked Civil Servant so the 1975 audience wouldn't completely dismiss the magnificent queen brilliantly embodied by John Hurt as a caricature. "Quentin Crsip," though was a role created and cultivated by Quentin Crsip, and it was he was an outsized, brilliant marvel. You'd never believe it if you didn't meet the real Crisp up front.

Sometimes, in a world that expects conformity, one must be the biggest, most exaggerated version of themselves that they could be. Crsip's autobiography shared his life, growing up a unique and very gay boy coming of age in England between two world wars. John Hurt is beyond brilliant in the role, not only does he inhabit the part fully, he's also absolutely lovely in drag. As Hurt has pretty much looked ravaged by time since 1977, seeing him so young and delicate is refreshing. Savoring every word of Crisp's bon mots - and he one seriously funny wit- and conveying the strength and dignity required for someone the whole world is against, Hurt's Crisp is like an exotic, hothouse flower in a cold, concrete garden. His armor was his flamboyance and, out and proud before the world knew you could be, he never let any small-minded... bullshit get in his way, and Crisp put up with a lot of it. His struggles and the cruelty of others are a good reminder to those of us, thanks to privilege and, frankly, physical stature don't get menaced by thugs and the judgmental every single time we walk out of the house. Admittedly, part of his survival mechanism is a certain... passivity that can be infuriating, but perhaps detachment was what it took to make it against those odds. He also seems to be the heart of his bohemian circle, and his fondness for those friends seems to be the primary relationships in his life.

(As Crisp himself might say: Don't fear, dear, everything after the break is fabulous)

BUTTERFLY Bonus: It's Wrong For Me To Love You

Bonus: If you think you can still respect yourself in the morning, this is "It's Wrong For Me To Love You," the (ahem) love theme of Butterfly, as performed by Ms. Zadora.. oh, Pia, it's wrong for us, too... and yet it's oh, so right.

I'm tellin' ya, she really does have a wonderful singing voice. I bet if she hadn't tried to be a movie star she'd have wound up a pretty big recording act in the Eighties.

Email ThisBlogThis!Share to TwitterShare to FacebookShare to Pinterest
Labels: Butterfly, It's Wrong For Me To Love You, One A Week Reviews, Pia Zadora, Song o' the day 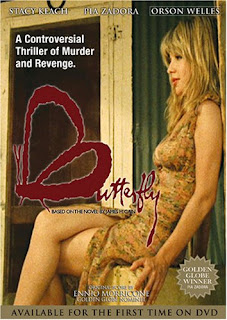