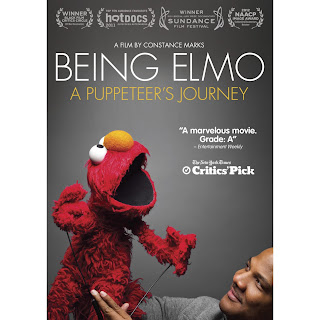 A rare peek into the life of the man behind an icon, Kevin Clash is one of those unusual people who always knew what they wanted to do when they grew up. Entranced by the work of Jim Henson, Clash pursued puppetry. Seeing footage of shows he put on disabled children, there's no doubt he had a gift for the work. From local TV, to Captain Kangaroo, to the Jim Henson Workshop, his journey up the ladder in this unusual career field seems inevitable.

One of the most illuminating scenes here is Clash advising puppeteers from the French version of the show. The little movements and adjustments transform felt into Muppets, and the “body language” transcends the verbal. Puppetry is also an insulated work, and Clash's observations into the popularity of the character from the eye of the hurricane adds to the interest here. Clash's passion for his work keeps this from being a dry documentary. Insight into his private life is limited (it's nearly an hour in when his wife and daughter are first mentioned), which is a shame as there's clearly a beautiful and fascinating story regarding him as a parent, but it's not the focus here. Being Elmo is about the unusual career of a man and his monster, and it's a mostly delightful watch.

The film is presented in 16:9 format and Dolby stereo. There are no subtitles, which seems an oversight for a documentary about something as accessible to all as Sesame Street.

A short, but engaging, documentary on the career of a man with a most unusual and enviable job. Being Elmo. Kevin Clash's personal life is only touched on, but for any fan of the Muppets, the trip he leads into their world is a rewarding experience.

Overall Picture:
Movie: B+
Extras: B-