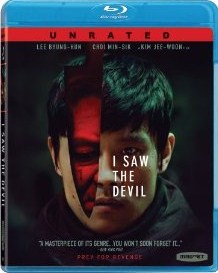 Audio and Video:
Audio: There are English and Korean 5.1 DTS-HD Master Audio tracks offered. The dialogue, sound-effects, and score are crystal clear on both.
Video: The picture is presented in 1080P High Definithion 16x9 (1.85:1). Beautifully photographed and stunningly reproduced, this is the sort of film well-served by Blu-ray. Catching every detail in cold daylight or awash in blood, the image is vivid and crisp.

Overall Picture:
Movie: A
Video: A
Audio: A
Extras: B