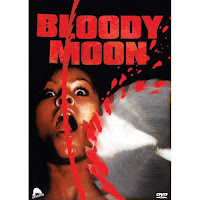 My first (hopefully) monthly column is up at dvdsnapshot.com, so please check it out!


“I'm thrilled you went and saw the new Pixar film this weekend; but, Dude, I finally saw 'Bloody Moon!' Um, what is it? Just a Jess Franco movie featuring the best decapitation ever! Yes. You think I would learn from the last batch of his movies I watched, but seriously, it's one of the better ones. Check it out!”

The above pretty much sums up what will be going on 'round these here parts. A little bit of scholarship, a dash o' history, and a whole heaping scoop of “hey, check this out!”

If you have the heart to stick with this column from here out, you'll find my tastes skew towards blessed, glorious trash. Others may take their time machine back to kill Hitler. SO overdone. Me? I'll be taking mine for a weekend of Times Square cinema circa 1979. Why, yes, I would go armed. Anyhow, watch one of the “42nd Street Forever” trailer collections and you'll have a pretty good idea of the kind of “let's throw it all it the pot and see what happens” films I like. They're a window into the past and packaged with the same grab-bag flavor as the original schedules of the theaters the films played in. The more the merrier! If you have naughty nurses, let's just add a Nazi sex camp... located on a space station. With Ninjas.

(Sometimes that gives you “Terror Firmer.” Sometimes it gives you “Die You Zombie Bastards!” Love one of those for being “the most-overstuffed with craziness film ever made” and I'll love you forever. Help me figure out why the other is a failure I'm sweet on for trying and the same deal applies. Just don't show either to your mother. )

Frequently, films come out where their major selling point is that they "recapture a bygone era," striving to accurately recreate the feel of particular moments in film history. As noble recreation, a little more love and care goes into making them “right” and “meaningful.” Not my beloved jumble, bur something more... curated. With not just a perfected surface, but content as well.

There's a few well-known examples hat spring to mind. "Down With Love” did a great job of capturing the look and feel of the just-surface-sanitized "Pillow Talk,” queer coding and occasional double-entendres intact. The Douglas Sirk-fest "Far from Heaven” had the swooning melodrama it was aiming for pretty intact in the center of it's somewhat glacial heart. “Grindhouse” has the headliner glitz with it's near-shredded aesthetics, perfect faux-trailers, even though it's aiming the lowest. (Admittedly though, the actual content is fan-boy wish-fulfillment that runs far beyond the technical- and budgetary-capabilities of the films it's aping.)

But, beyond "Grindhouse," there were two recent films that do possibly an even-more faithful job of recapturing certain tones of 60s/70s sleaze. They play it a little more honest and direct so I'd love to call your attention to them. 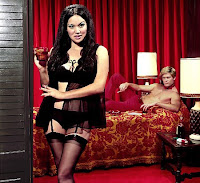 "Viva,” Anna Biller's homage to swinging 70s soft-core skin-flicks evokes the era in dialogue, subject matter, and a perfect look. A bored housewife dabbles her toes in sexual liberation as the path to validating her traditional marriage with few nudists, a little prostitution, and some Good Housekeeping appetizer spreads thrown in along the way for good measure. From the boat-sized cars to candy-colored nighties, Biller gets every detail so spot-on it's hard to believe this is a film of recent vintage. The editing of an orgy/party scene is a note-perfect emulation of Russ Meyer's cross-cutting, non-sequitur filled parties in "Beyond the Valley of the Dolls" (more on him in a minute). Even the very actor's bodies, boldly displayed by today's standards, have that "healthy but not toned" ripeness so familiar to anyone who's perused a magazine or film from the first half of the 70s.

"Pervert!" mines the even more specific sexploitation stomping grounds of Russ Meyer. In fact, I'm pretty sure parts were shot on the same homestead from "Faster Pussycat! Kill! Kill!” The actual story line isn't necessarily reminiscent of his films, with content more about action than interpersonal power-plays,but the aesthetic is again pretty spot on. “Pervert!” features the random non-sequitur "dancing girls in the desert" moments like Myers' very last films. Add in overblown characterizations and large bosoms, and it's the "I can't believe it's not Russ Meyer" film. The only really out-of-place aspect of the film is dirty claymation that's directly descended from "Flesh Gordon." I wanted to hate it when it showed up, but I realized that if I wasn't willing to go along with the picture by that point, I would have already turned it off.

The look of both of these films must have been achieved after their creators studied their particular genre antecedents with eyes as loving as they were cool.. Both “Viva” and “Pervert!” are well-crafted, low budget and near note-perfect evocations of films making the regional circuit 30to 40 years ago. There's a loving respect shown here for cultural objects that by all rights should have fallen by the wayside. That's worth noting. Check 'em out.