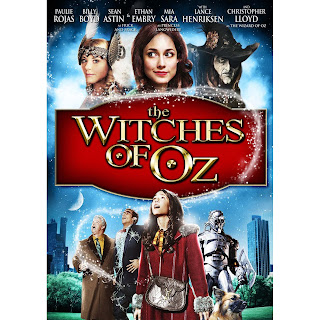 While the MGM Wizard of Oz has charmed for generations, no other crack at the books has been that successful. The Witches of Oz, like some adaptations, turns on the tempting idea of revisiting OZ with a grown-up Dorothy. Usually, she's offered as a sexed up version, a concept skewered here to nice effect. This SyFy miniseries prefers to ask “what's a nice girl like you doing in a place like this?”
READ ON, READ MORE...
Posted by Jay at 11:16 PM 1 comment: 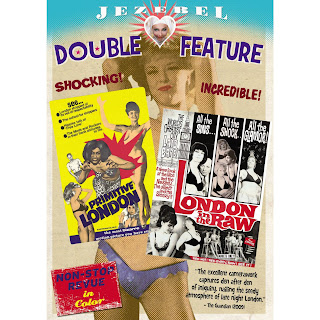 The films “sensationalize” things like Baccarat, pinball “addiction,” belly dancers, and lots of bland Burlesque. But it turns out that even the management of drug addiction is handled in a polite, orderly manner. Odd moments of hat-blocking, middle-aged ladies at the gym, and a staged Key Party are so mundane they become surreal compliments to all the genteel attempts at salaciousness.
READ ON, READ MORE...
Posted by Jay at 10:50 AM No comments:

Garden flooded under area of gutter the cleaners didn't do. Been trying for month for them to fix it. While they finally came out this morning, the Zucchini and Cucumber plants haven't recovered... 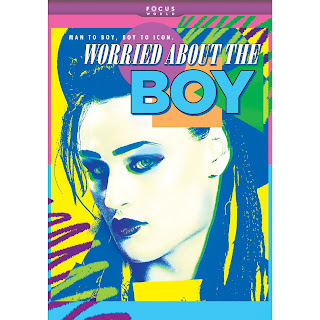 Worried About the Boy tells the story of Boy George's youth up to the band's formation paired with his experience of its disintegration. Moving out of his parents house, he befriends the equally stylish Marilyn and they become part of the fabled 1980 nightclub scene. Success quickly followed once he caught the eye of Malcom McLaren, leading to both super-stardom and a drug habit that ultimately blew the the band apart at their height.
READ ON, READ MORE...
Posted by Jay at 10:00 AM No comments:

I Can Hang Up My Farmer Hat Now...

"First tomato from the garden (this thing cost a fortune!)"

Jay's Movie of the Week #27: The Evictors 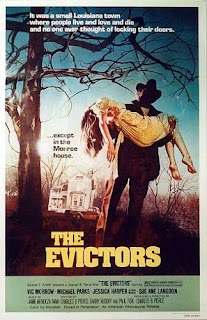 Cursed and haunted houses will always be a storytelling staple. Wanting to feel safe where you shelter is a primal instinct, so threatening that is a great way to get under the skin. This 1979 Swamp-saga is essentially part of a "Southern Gothic Documentary Trilogy" including The Legend of Boggy Creek and The Town that Dreaded Sundown by swamp-set B-movie legend Charles B. Pierce. The Evictors is also a little-seen classic that deserves attention.

Set in Northern Louisiana circa 1942, The Evictors focuses on a rural farmhouse with a tragic history. Young marrieds Ruth and Ben Watkins (Jessica Harper and Michael Parks) make an offer on it, ready to start life together in their first home. They're new to town, and the neighbors seem friendly enough, at least until Ruth finds a note in the mailbox that says "I want you to move." Soon enough, the junk man and an eccentric, wheelchair-bound neighbor (Sue Ann Langdon playing 20 years older in a bad wig) are filling her in with important plot exposition about the house's history. There are two sides to every story. On the one hand, unfortunate events happen. On the other, perhaps someone is chasing owners off in the most final way possible? In 1934, the lady of the manor was seemingly kicked in the head by a mule... or did someone make it look that way? When another couple met their fates there in 1939, was it a tragedy of bad wiring, or murder?

The Psychodots playing Fountain Square on 6/29 - we're starting to think they're making a comeback!