Jay's Movie of the Week #41 American Experience: Death and the Civil War 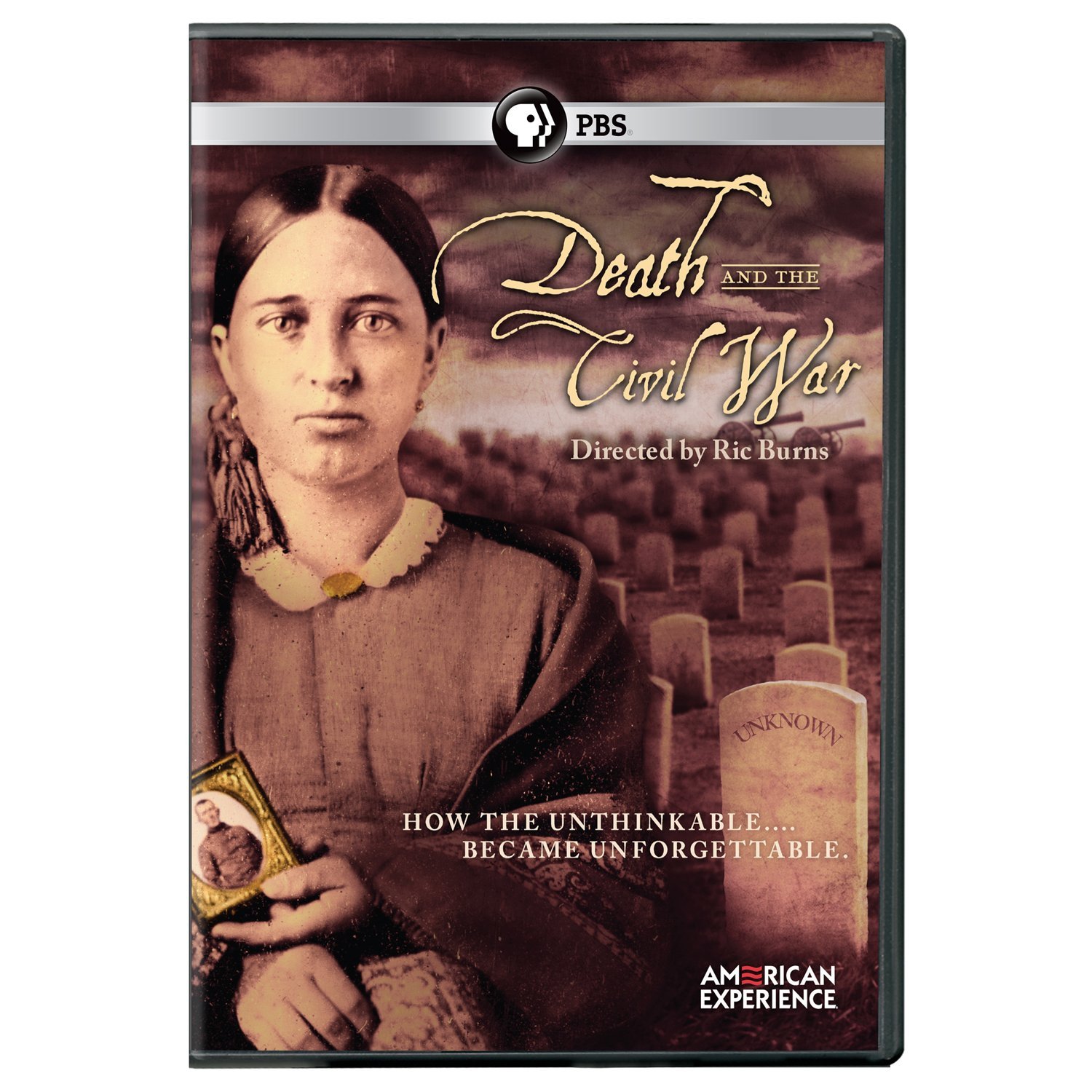 An "American Experience" produciton from PBS, originally reviewed for dvdsnapshot.

Photographs of dead soldiers on the battlefield, even when archival, are jarring to America's younger generations, unaccustomed to seeing what war costs. In a world filled with wall-to-wall, immediately available news, many remain unaware and unexposed to the realities. My own cosseted existence may be why I found the American Experience documentary Death and the Civil War so compelling. Through interviews, thoughtfully read letters from the battlefield, and a rich supply of wartime photos you may never have seen before, this is an exhaustive exploration of the cultural changes surrounding America's relationship with death during the 1860s.

A country familiar to the “Good Death” at home and surrounded by loved ones was in no way prepared for the toll of over 750,000 taken by the Civil War in just a few years (this was 2.5% of the population, which would be 7 million people today), sometimes more than 20,000 in a day. “Improvements” in weaponry made killing easier and more efficient, while the now-primitive medical techniques of the day did the rest. Everyone in the nation lost someone they knew, and explored here are the records of how they grappled with this seismic shift in the world.
Examined here is the acceleration of death; the vast scale of having too many to bury slides quickly from individual internment to mass graves. The national psyche was shaped by not knowing if your loved one was still alive as your daily scanned exhaustive and frequently inaccurate lists of names. National cemeteries must be created and the seeds of soldier's dog tags are planted.

There are moments in Death and the Civil War where you may find yourself moved by the sheer scale of this nearly 150 years old grief and loss. At two hours this may be too long and measured a documentary to hold the casual viewer's attention, but time is taken to thoroughly unpack and explore cultural impact of so worthy a subject. There are rich and fascinating rewards here for those who watch.

From acclaimed filmmaker Ric Burns, Death and the Civil War explores an essential but largely overlooked aspect of the most pivotal event in American history. With the coming of the Civil War, and the staggering casualties it ushered in, death entered the experience of the American people as it never had before - permanently altering the character of the republic, and the psyche of the American people. Based on Drew Gilpin Faust's groundbreaking book, "This Republic of Suffering," the film tracks the increasingly lethal arc of the war down through the struggle, in the war's aftermath, to cope with an American landscape littered with the bodies of hundreds of thousands of soldiers.

Special Features
None available on the screener copy.

Conclusion
Death and the Civil War is an edifying, rewarding meditation on the changing relationship the living have with death when it arrives on a grand scale. Perhaps to slow for some, but extremely interesting.