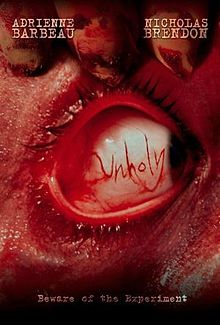 Director Darryl Goldberg and writer Sam Freeman show great skill but the jumble of nightmares, Nazi brainwashing, and mysticism may be too much to ask of an audience in the end. There's also a last-act twist that you'll either buy into or smack your head over. Where you end isn't the journey expected after the strong start but, oh, what a start... 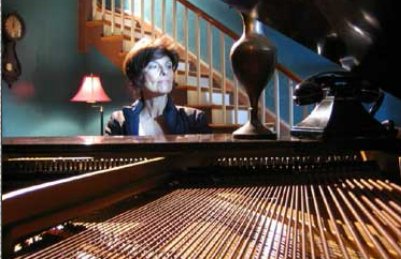 What keeps Unholy from flying completely off the rails is an extremely impressive central performance by Adrienne Barbeau. While "giving grieving mother realness*" playing a woman who may be going mad, she's always believable when stumbling through a plot that could have been cobbled together from chunks of old X-Files episodes. For all the attention she's gotten throughout her career for her impressive figure, strong looks, and iconic, bad-ass character parts, you might not be aware just how good an actress she is. Nicholas Brendon, best known from Buffy, The Vampire Slayer, looks like he could be her son, and holds his own even when the proceedings get really weird. He not well served by always being presented to look like death warmed-over. In the end, the material's plot points seem secondary to its twisty structure, but the strong central performance makes this film. While interesting but perhaps unsatisfying for horror and sci-fi genre fans, this is a must for anyone who appreciates Barbeau.


*(what can I say, I got a little obsessed with that phrase from getting sucked into a marathon watching of Rupaul's Drag Race...)